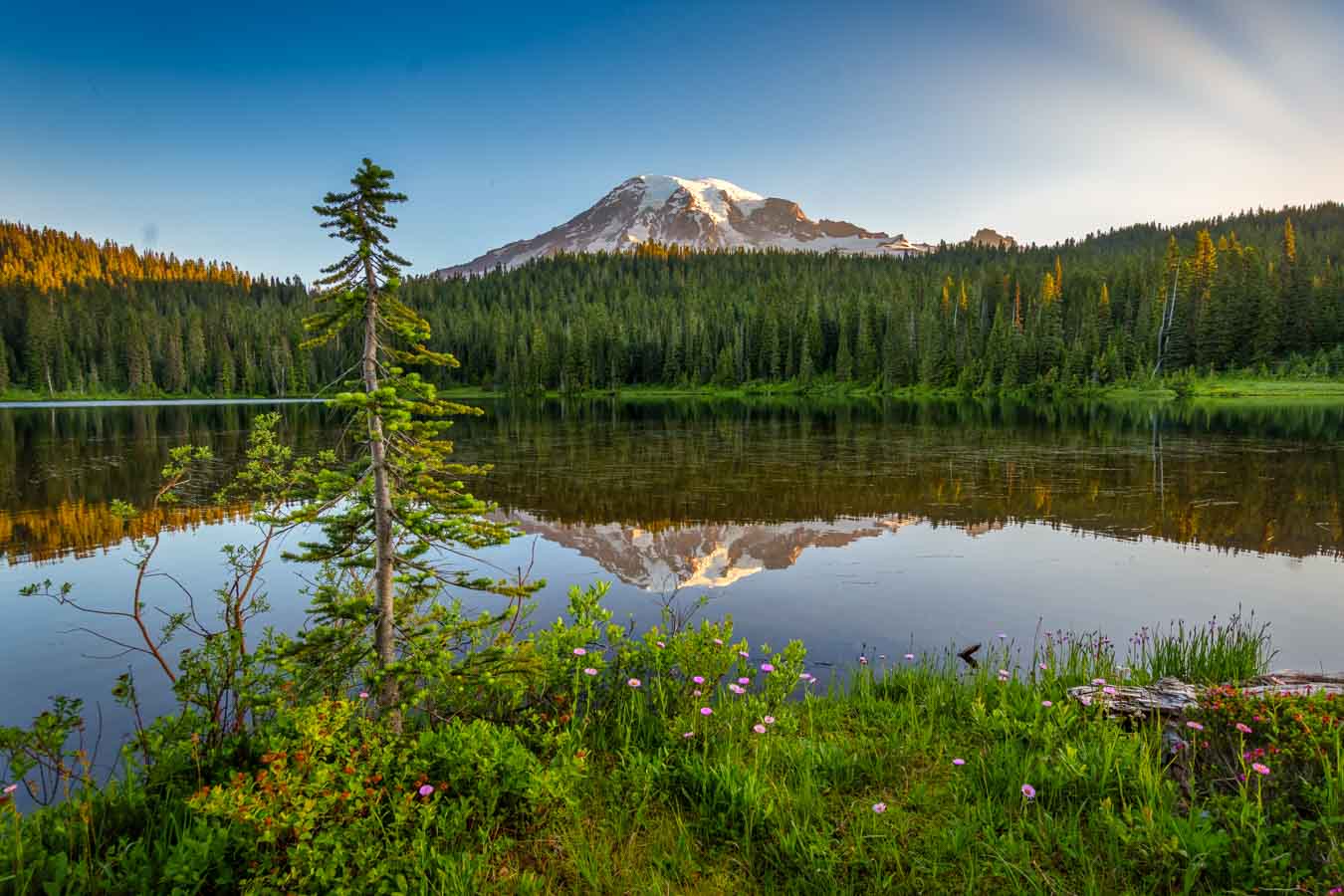 It’s been  a couple of weeks but we are still up in Washington enjoying the amazing national parks of the area.  Our last post covered a lot of Olympic National Park but we were not yet done enjoying its splendor.  We moved inland from the ocean and landed in Port Angeles for a few days.  Our first trip to the top of Hurricane Ridge was uneventful as we couldn’t see ANYTHING!  The friendly ranger showed us the picture of the ridge so we could use our imagination to what was beyond the fog and the clouds.  After that we started accessing the web cam to time our visit to the top a little better.  It would take us a couple days until we were able to revisit it.  In the meantime we took a little (not really) drive out to Neah Bay and Cape Flattery.  They call it the “edge of the world” as it is the furthest northwest tip of the contiguous United States.  From Port Angeles it takes over two hours and it is one winding road but well worth it in the end.

The short hike out to Cape Flattery is full of beautiful trees, moss, wood bridges and shade.

And Cape Flattery is spectacular.  As a bonus, we found a crab shack restaurant on our way back through Neah Bay that served up some delicious seafood chowder.

On the way back to town we travelled a slightly different direction and were able to stop by the Crescent Lake area.  We hiked out to Sol Duc Falls–another worthy stop.

When we were able to make it back up to Hurricane Ridge we had a bit more of a view and couldn’t believe how much snow was still up there.

From Hurricane Ridge they also offer another drive on unpaved road for about 20 miles to Obstruction Point.  Of course we couldn’t resist and we bumped along enjoying even more vistas.

I think the biggest thing we learned while traveling in Olympic National Park is that we just barely scraped the surface of all there is to see and we will need to schedule another trip soon.

After a few short days of relaxing, we headed up to Mount Rainier National Park.  As you can see from our front cover picture:  it’s a WOW!  We didn’t get to see the mountain for the first two days and that only added to the wow factor when it was finally out for all to see.

We stayed just barely outside the Naches entrance and were able to see quite a bit of the park in our four day adventure.  We stopped at every possible turnout and did every possible short walk to see the varying vistas in front of us.  It’s super cool how they made so much accessible to us by just doing a short walk.  Both Christine Falls and Narada Falls were great even with clouds in the sky.

We also made it as far as Tipsoo Lake on Chinook Pass.

The mountain teased us with a few views with the lake in the foreground.

But, by far, our most rewarding stop was at Paradise.

In the words of John Muir in 1889, “…the most luxuriant and the most extravagantly beautiful of all the alpine gardens I ever beheld in all my mountain-top wanderings.”

It is defiantly worth battling the crowds on a beautiful Saturday morning because the reward of the scenery is worth it.

Hiking up from the visitor center will take your breath away-not only from the views- but from the elevation change.  The mountain is ever in the background but in front you find beautiful wildflowers, babbling creeks, waterfalls, and even views of the many gigantic glaciers covering the sides of Mount Rainier.  I grew up in the shadow of this mountain but had never spent quite so much time on it.  What a place.