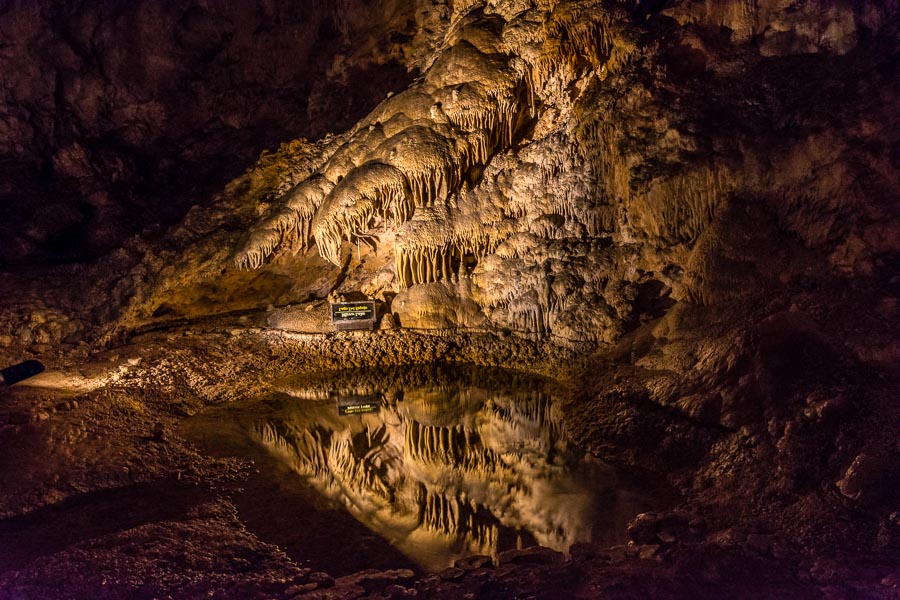 Just a quick post of some spectacular pictures from the Carlsbad Cavern National Park.  Full Disclosure…I did not accompany Mike all the way to the bottom to see these views first hand.  My reason is quite simple:  both elevators were broken!!  The second elevator, which was the original maintenance elevator, broke at the end of March.  Believe it or not, it is set to be fixed on Friday.  So it was walk or don’t see it at all.  And before you say I was just being a wimp, keep in mind that from the entrance to the cave to the bottom is the drop of 750 feet which is the same as a 75 story building.

I won’t even mention that it was dark and humid and a little creepy as well.  I made it about 500 feet and then decided to head back up.  Mike trudged off with his full camera gear and I didn’t see him again for three hours.

One more interesting tidbit for you.  In the 1800’s drawn by the spectacle of hundreds of thousands of bats raising out of the natural entrance, the cavern was discovered.  Some settlers mined the huge deposits of bat guano to use as fertilizer!  That’s a lot of bat poop.  They think it is 40 feet deep in some places.  Even today during the summer, the rangers lead a talk from an amphitheater at dusk to share information about the bats and then visitors get to watch them all swirl out of the cave to look for insects to eat.  Of course, we were too early in the year for this as well.   Oh well, there is always next time — What a cool spot–everyone should see this place.