Well it’s true, everything in Texas is big!  First stop, San Antonio.  We spent 3 days here and enjoyed every minute of it.  After parking we headed to town which was only about 3 miles from where we were staying which was perfect.  We made it to the Alamo and learned about this important battle and historic place.  Right across the street we were able to get to the famous Riverwalk which was a lovely way to spend the evening.

The Riverwalk is a man-made waterway that is surrounded on both sides by hotels, restaurants, and bars.  It is a very colorful and exciting place to spend some time.  There are even tour boats to ride around.  We saw some people even having a dinner cruise on the “river”–

Next we toured some of the missions in the area.  There are five altogether including the Alamo.  We learned a lot about the missions of Texas–some things similar to California missions and some things different.

The Spanish, Mexican, Texan, Native American influences are strong in everything from the buildings to the food.  You really get a sense of the Texas independent thinking when you hear their history.  A very interesting place to visit.

Finally, while in San Antonio, we were able to take in the beginning of their 10 day festival called Fiesta. This was so much fun!!

Everyone comes out with their craziest and most colorful hat creation. 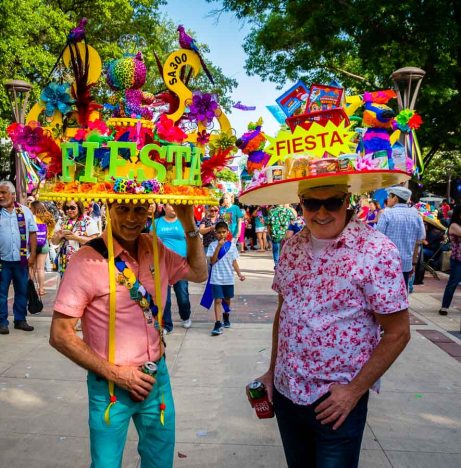 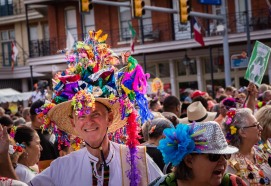 They also trade pins.  All local charities have pins for sale and  people collect and trade pins.

Everyone is wearing all the pins they have collected over the years.  Of course there was live music and food.

On to Austin–the Live Music Capitol of the World.  What a cool city.

For the first time, we stayed in an RV park and we could walk to dinner.  There were several restaurants, bars, and even a huge city park–all within walking distance.  We toured the capital building (it’s huge) and we walked all over the University of Texas campus trying to get a picture of the hook em horns stadium sign (not possible). 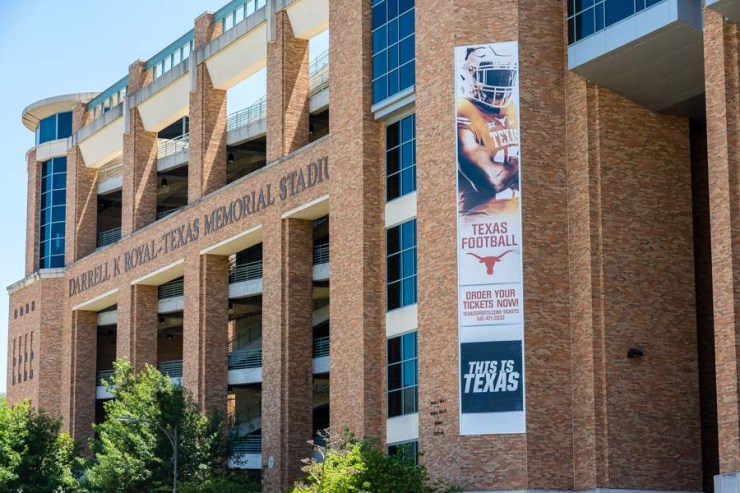 Of course, we listened to live music every chance we could.  The first was in an outdoor patio bar called Guero’s complete with old trees for shade, picnic table to sit at, and a small dance floor with people doing the two-step.

The next was called The Continental Club. Its a famous music venue with locations throughout the country.  The original is here in Austin.   We went at night and the band was playing Blues–the place was jamming and super fun.

On our last night, we went back to downtown to get sunset shot of the city.

The bridge in the shot is The Congress Street Bridge which is famous for the 1.3 million bats that live in its nooks and crannies.  They come out every evening at dusk to eat.  Did you know they can eat half their weight in insects everyday?  I watched for the bats with a lot of other people on the far side of the bridge and Mike stayed on the opposite side to get the city view.  Not bad for our time in Southern Texas–now we are moving north a bit-headed to the Arlington, Fort Worth, Dallas area for a few days.