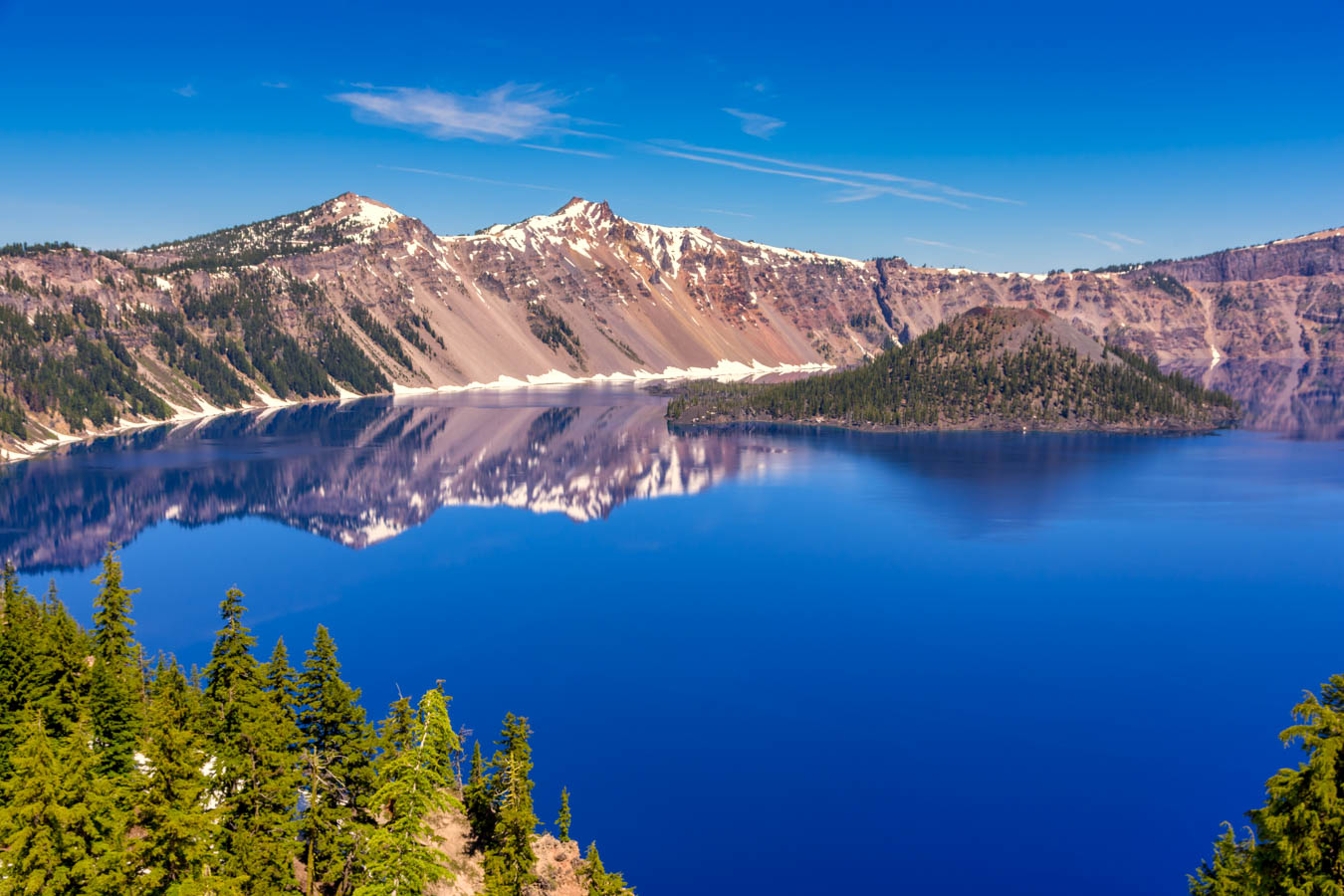 It’s our first blog post of the summer!  I checked out of my classroom on Thursday at 8:00 AM and we were on our way to Prospect, Oregon which is just southwest of Crater Lake National Park.

We never realized how spectacularly beautiful southern Oregon is.  This drive is far superior to the I-5 corridor we are used to.  By 9:00 AM Friday morning we were already in Crater Lake National Park enjoying a cup of coffee, sitting in a rocking chair outside the Crater Lake Lodge, and being awestruck by the view of the lake.  What a difference a day makes!  The road that rims the lake is closed and we were surprised that is stays closed until mid to late July because of snow.  It looks like we will have to plan another stop in this direction for later in the summer.  Nevertheless, we still enjoyed the beauty of our surroundings.

We were also surprised at all the other sights we were able to sneak into our first official day of vacation.  Right outside of Prospect, there were a few not to miss stops.  Natural Bridges is a cool short trail that took us on a path next to the Rogue River.  There are very old lava tubes which actually divert the river so it appears to go underground.

The top of the lava tube creates a “natural” bridge from one side of the river to the other.  Amazing to see.  Water goes “underground” and then rushed out of a tube much further downstream.

Another stop took us to the Rogue River Gorge.

We walked on a short trail and in less that a quarter of a mile we saw the river go from being very wide to a very narrow canyon with water rushing unbelievably and then back out to the normal size.  All of this in a picturesque setting of the Pacific Northwest.

Finally, we ended our afternoon by following the advice of our campground hosts.  They gave us a map to follow to see “Awesome Rabbit Ears” and, of course, we were intrigued.  It started off fairly normal with us looking for a forest service road off of the main highway.  As we made the turn we were a bit surprised that it was already gravel.  But it was pretty wide so no worries.  However, the further up we went the more narrow the road became.  Did I mention it was steep with a cliff on my side of the truck?  Oh yeah, the truck was fishtailing a lot because of the gravel.  I just gritted my teeth and held on.  We kept climbing and I kept wishing that I had asked for a bit more information like,  “How many miles is this trip? and “Is it really safe??”  After slip sliding up the mountain for what seemed like hours, we did see the “rabbit ears”  which are two huge rock formations that I guess resemble a rabbits ears.

But the map stilled showed that you could keep driving to the top of the mountain.  I was ready to turn around, but Mike decided we should keep going.  Well the road took a turn to the right and the sign said that the road narrows (not sure how it could get more narrow!) and also that it was prone to flooding.  I was no longer pretending to be okay with this road.  The ruts in the “road” were 1 1/2 to 2 feet deep and in some places, the road had eroded from the flooding.  Long story short, we rounded a corner and we could see a place to turn around.  I let out a loud sign of relief and Mike agreed to turn around.  We will never know what kind of view you get from the top of that mountain, but big picture, we made it down without ruining our pick-up or worse.

Next morning we were on our way to Redmond, Oregon.  Our niece, Daniela, was competing in a PNWIC (Pacific Northwest Invitational Championship) event.  Her high school equestrian drill team had won first place in the state competition and her penning team had won third.

So she would be competing twice on Sunday.  After finding our camping spot at the fairgrounds, which was a comedy of errors in itself, we settled in next to Jill and Steve who had also brought down my mom.  We enjoyed ourselves a lot and were super impressed with the competition.  Daniela and her team were amazing to watch and they won the drill event which was well deserved.

Twelve horses galloping in unison was a sight to see.  We ended the day with dinner and beverages at the Deschutes Brewery and a bit of a walk around Bend, Oregon.  What a great town and another reason to come back this way on another trip through Oregon.